It is long past time for you to get your shit together, especially when it comes to racial inequality in this country. I remember the night of January 20, 2009 as if it were yesterday. It was Part II of President Barack Obama's inauguration. I recall my eyes filling up with tears as I watched the first African-American President of the United States of America dance lovingly with his wife. I looked at the mix of smiling faces; all races, nationalities and creeds celebrating together, united as one America, as equals. Everyone looked so happy. Everyone seemed proud to be American, able to witness such an historic moment in and for our country. I remember thinking, and probably even said aloud: "This is MY America!" For the next 45 minutes to an hour, we represented the dream. The America my ancestors were forced to build after being kidnapped from their native home of Africa in 1619. The America in which they fought so hard to just be considered human beings. The America they wanted so much for themselves and future generations. The America that citizens from many, many foreign nations dream of escaping to. That was MY America!

I wasn't naive, though. I certainly didn't think that all of America's racial disparities, fueled by the ignorance of racists and their unforgivable behavior, would suddenly vanish. However, I did think, or rather, I'd hoped, that they would stay hidden underneath the veils of deception and self-imagined superiority that make racist white folks believe that the white race is better than any other. I thought that with the election of the first Black President, it was a clear sign that America really was starting to change. We were continuing to progress and move this country forward in the right direction. I couldn't have been more wrong. Perhaps I was even delusional. We were, and still are, the "minority" (in numbers only) race. Therefore, a lot of white people had to have also voted for Barack Obama, too, right? Yet the ugliness and idiocy of racism suddenly re-emerged to the forefront, rearing its disgusting, vile head, and it has remained front and center ever since.

I never could or would have imagined that just 11 short years after that beautiful, unforgettable night back in 2009, that my America would now become a place I want to flee away from, like a thief in the night. Seriously, do you have any idea how utterly exhausting it is to have to keep fighting the same fight over and over again, never winning the battle? There continues to be this long, never-ending war on Black Lives in this country, specifically by law enforcement. They seem to thrive off of "shoot to kill first, no matter what the situation is 'policy" when it comes to dealing with us. It doesn't appear to make any difference whether you're a male or female, young or old, riding in your car with your child in the backseat, alone in your own home eating ice cream, or sleeping in your bed. Living while Black, there is a constant target on our backs. All they see is dark skin, and to them that screams "GUILTY of something", and the sentence is DEATH!!!

There is usually never any consequences for these officers who ignore their sworn oath to "serve and protect." Many times, they are never even arrested or charged for the murders they've so callously committed, which means that often there is never any justice for the families whose loved ones were killed. We also have to deal with defending and protecting ourselves from the racist vigilantes who call the police on us for absolutely NO reason at all, other than their own discomfort. Their stupidity and bigotry could cost us our lives, and in many cases, for a number of years, it has done just that. There is no regard for life; these racist individuals thrive off of hate.

I try not to live a life of fear. However, I am in a constant state of fear for those I know and love, as well as those I don't. I am just afraid for Black people in general, because it seems as though we all fit the description. We are all targets due to the color of our skin. My brother has given his life to the US Army for almost thirty years. For reasons which are strange to me, he loves it. I'm scared for him when he's deployed, especially during times of conflict. But, I am even more afraid for him when he's home. All it takes is one run-in with one racist jerk to destroy our lives forever. It scares me that I, or any member of my Black family and friends group, could "frighten" the white woman in a restaurant sitting at the next table, just with our mere presence in that space. We may end up being thrown out of the establishment and/or have the cops called on us just for existing. The thought of anyone harassing any of us for being born Black angers me to my core.

It also pisses me off to know that the beautiful, smart, little black boys in my life may one day be looked at as no longer beautiful and smart, but rather as black, dangerous threats that must be responsible for some crime somewhere. Not calling the police is not a consideration. I hate that their parents have to have the "what to do if you're ever stopped by the police" talk. I hate that their parents have to tell them that they cannot do the same things that their little white friends do, because the rules/laws are different when it comes to them. In fact, the laws were never designed with us in mind. I hate that it is 2020 and we are still fighting, marching, chanting, singing and dying at the hands of cops, racists and racist cops. We've only overcome a quarter of the way. The change that came is only halfway complete.

To say that Black people are woefully exhausted is an understatement. When you're this tired, frustrated and fed up, you start to feel hopeless. When people feel hopeless, there is nothing left to lose. They fight back and things get destroyed...it's called casualty of war! Each generation is stronger and wiser than the last. Black people didn't start this war, but I promise you we will be victorious!

Aria Nicole and the Black Lives That Matter 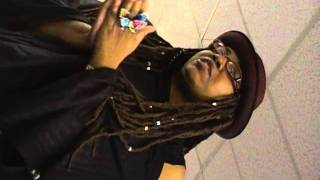